Baby sleep is such a precious thing. My baby doesn’t sleep through the night, which I am fine with, but generally I am getting enough sleep to feel human. However, every now and again something disrupts things, and she wakes three or four or more times a night again. Through the slightly sleep deprived haze I can’t help wondering what was different that caused it.

We went on a trip recently to England to visit my hometown. My parents had borrowed a travel cot from a kind neighbor, and we decided to break up the drive by stopping off in hotels on the way there and back, so over the space of 6 days my baby would be sleeping in three different travel cots in three different rooms. The amount of variables of heat, light, bed etc had me convinced we would end up with a week of sleepless nights. I packed her own cot sheet, her baby sleeping bag and favourite stuffed elephant so she had some familiar comforts and hoped for the best. As usual my baby amazed and surprised me!

The first hotel was the White Lion in Hebden Bridge. The travel cot looked very new, so much so that the manager couldn’t work out how to put it together, and neither could my husband. Some jobs just need a mummy’s touch so I managed to do it (my secret super power came from reading the instructions).

After a delicious dinner ( the steak and ale pie was fantastic) we put her to bed, and she drifted off to sleep in minutes. As 7.30pm is a little early to go to bed, even for parents, we set up the monitor and sat outside at a picnic table overlooking the river right outside the room door and had a few more drinks. 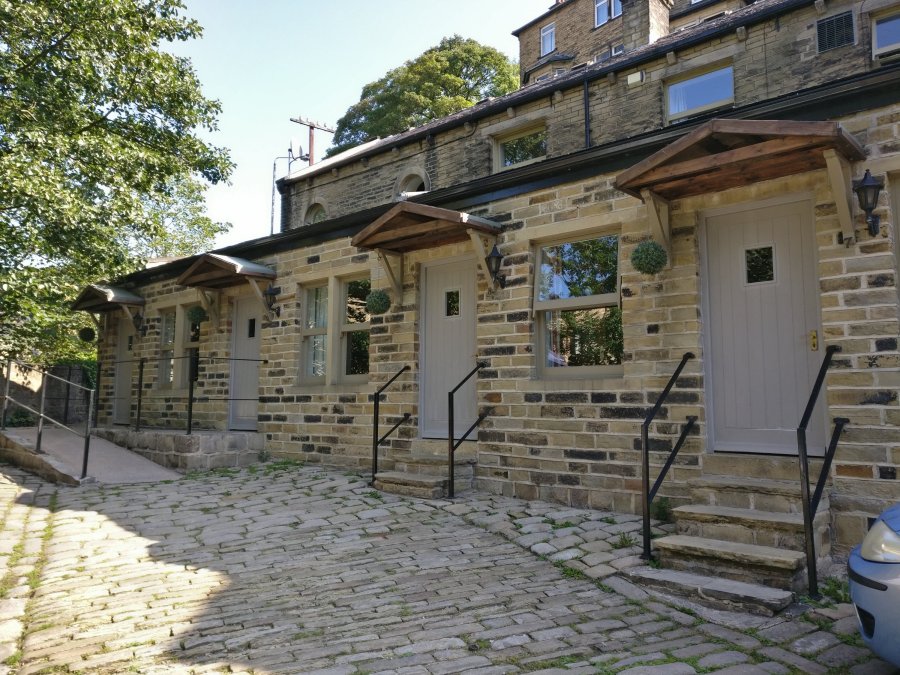 At bedtime we snuck in the room, and even with a bathroom door that stuck and squeaked on the floor we managed to go to bed without waking her. We felt like stealthy ninjas. She woke up just two times overnight, which was great. The only downside was the room was in a courtyard off the street so once the hotel lights went out it was really dark. That could be why she slept so well, but it also meant I had to turn on a light to feed her when she woke, so she took a bit longer than usual to settle her back to sleep each time. I probably should have packed a little nightlight, but the car was already straining under the weight.

The second travel cot (a BabyBjorn) was in my parents’ house at the front of a victorian terrace house on one of the main streets leading off the market place. I remember being woken by drunks staggering up the street when I lived there, but now the pubs don’t all kick out at the same time that doesn’t seem to be such an issue anymore. The council also recently started turning off the street lights at night to save money. Local people were pretty outraged, but as a parent it suits me because it makes the room nice and dark. She really seemed to like this cot, and enjoyed using it to practice pushing up onto her feet with her head planted in the corner. Despite wriggling a lot she fell asleep easily, and only woke up once each night. 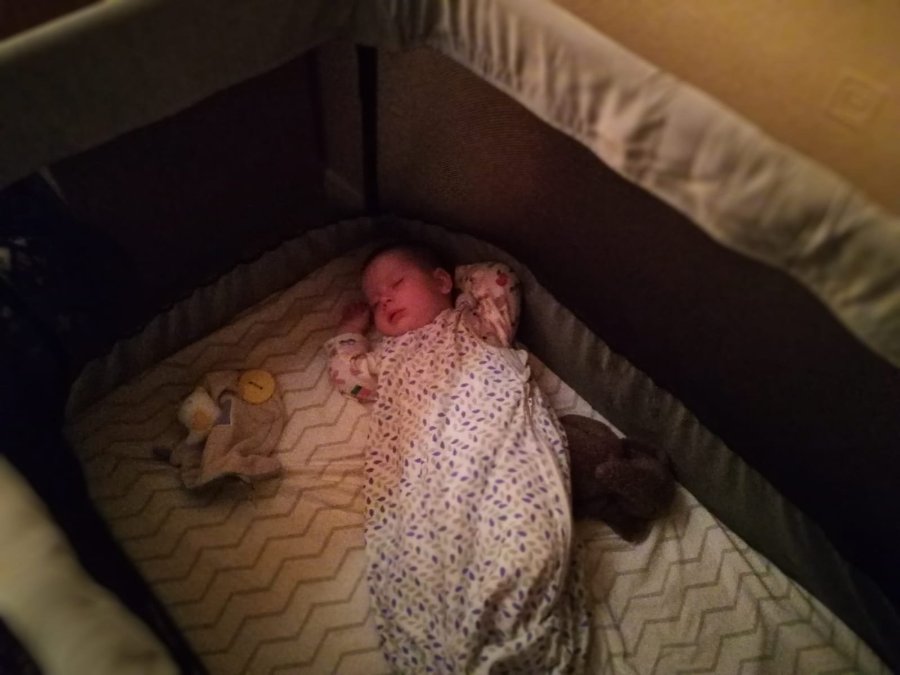 She slept right through until the bin truck rumbled up the street like a tank at 6.35am. That’s the first time she’s ever only woken once three nights in a row so I was celebrating, and secretly hoping it was just down to her reaching the right age for it.

The third travel cot was in the St George Hotel in Llandudno. It was a lovely big room, but the cot was very close to the bed, and the room wasn’t quite as dark so I wasn’t holding out much hope.

We went for a walk along the promenade after dinner and she fell asleep in the buggy, so we nipped to the hotel bar for a quick drink. When she woke we returned upstairs and put her to bed, a bit later than usual.

Rather optimistically we turned on the tv, fully expecting to have to turn it off and go to bed any minute. There was a sofa so we weren’t right next to the cot, and we draped a blanket over the side to cut down the light. She was contently wriggling about in her cot, and then amazingly she fell asleep, so we actually had a pleasant evening watching tv. She only woke once all night again. I was positively skipping down to breakfast.

The next night we were home again, and the good streak continued, and she woke up just once that first night.

But then it all went wrong and for the next two nights she woke three and four times. My theory about her just being ready for it obviously wasn’t right, so I was scratching my head considering all the variables. Our room isn’t as dark as some of the rooms, but it’s not the lightest either. The cot is close to our bed, but so it was in some of the hotel rooms. Is it a few degrees colder here? Was she eating differently during the day? Was she getting more or less daytime naps when on holidays? I think maybe the best explanation is she was just worn out from busy exciting days seeing new places and faces (more on that in my next post).

I honestly don’t know, but one thing I do know is that next time I need to catch up on sleep, a trip home might be on the cards again.

3 thoughts on “A tale of three travel cots”